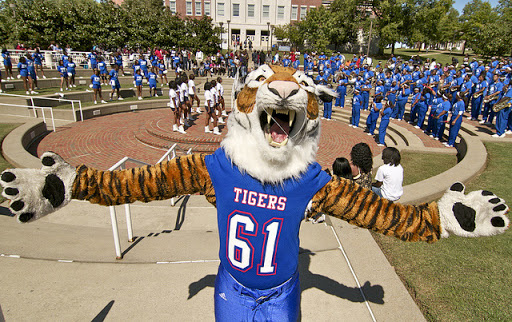 We’ve all faced the challenges of COVID-19 and HBCUs are no exception. Oprah Winfrey has donated $12 million to help some of the affected areas including, Tennessee, Nashville, Mississippi, Baltimore, Chicago, and Milwaukee. These cities are mainly African American populations, and Oprah noted that they had been hit by COVID-19 the hardest. The most notable donation is to her alma mater, Tennessee State University contribution, which also happens to be a historically black college.

Oprah decided to partner with the current State President of Tennessee State University Glenda Glover and Bishop Joseph to launch the NashvilleNurtures. Nashville is one of the few places on the planet that is hurting due to a tornado back in March, then later COVID-19 happened. The NashvilleNurtures initiative was established to help feed 5,000 families impacted by COVID-19 and are not able to afford a decent meal every day.

Aside from being a renown black icon, Oprah Winfrey has always donated to the HBCUs primarily through her Oprah Winfrey Charitable Foundation. Winfrey donations to the historical back colleges and universities go all the way back to when she attended Tennessee State College under a full scholarship.

Unfortunately, she did not get to graduate her communication major thanks to one credit score, so she decided to take on her first job as a co-anchoring TV Show presenter in the 1970s. Determined to make her life better, Oprah came back to the university in 1986 then submitted her final paper. That gave her the chance to graduate.

In 1989, she pledged $12 million to the Morehouse, and that was the beginning of her philosophical philanthropy to the historically black colleges and universities. That was a weeklater when she donated $1 million to the UNCF (United Negro College Fund).

We can all agree that, if anything, this time has shown as that donation to the historically black colleges and universities are critical to their survival. And Oprah Winfrey is not the only one committing to help cushion the HBCUs from the effects of this pandemic. Other celebrities and organizations are finding different ways of contributing to the cause and help change the world by their donations. On May 15, William and his wife Norma Harvey said that they would contribute $100,000 to Hampton University, which was just after Mellon Foundation contributed the same amount. And they are not the only people trying to make a difference during this pandemic.

The total of $200,000 will be used to give every on-campus student $100 on travel expenses. Most of the students had to leave their belongings on campus due to the stay-at-home rule. Therefore, until Virginia Governor, Ralph Northam, lifts the rule, most students do not know when they will be going back to school to pick their belongings.

To Wrap This All Up

It’s no secret that we are going through one of the most challenging times in the whole of history, but we all need to stay together. This initiative by Oprah is one of the many ways to help HBCUs survive the pandemic and hopefully take in more students soon. All in all, stay tuned for more exciting topics on the same.