Posted on: January 19, 2021 Posted by: Historically Black Since Comments: 0 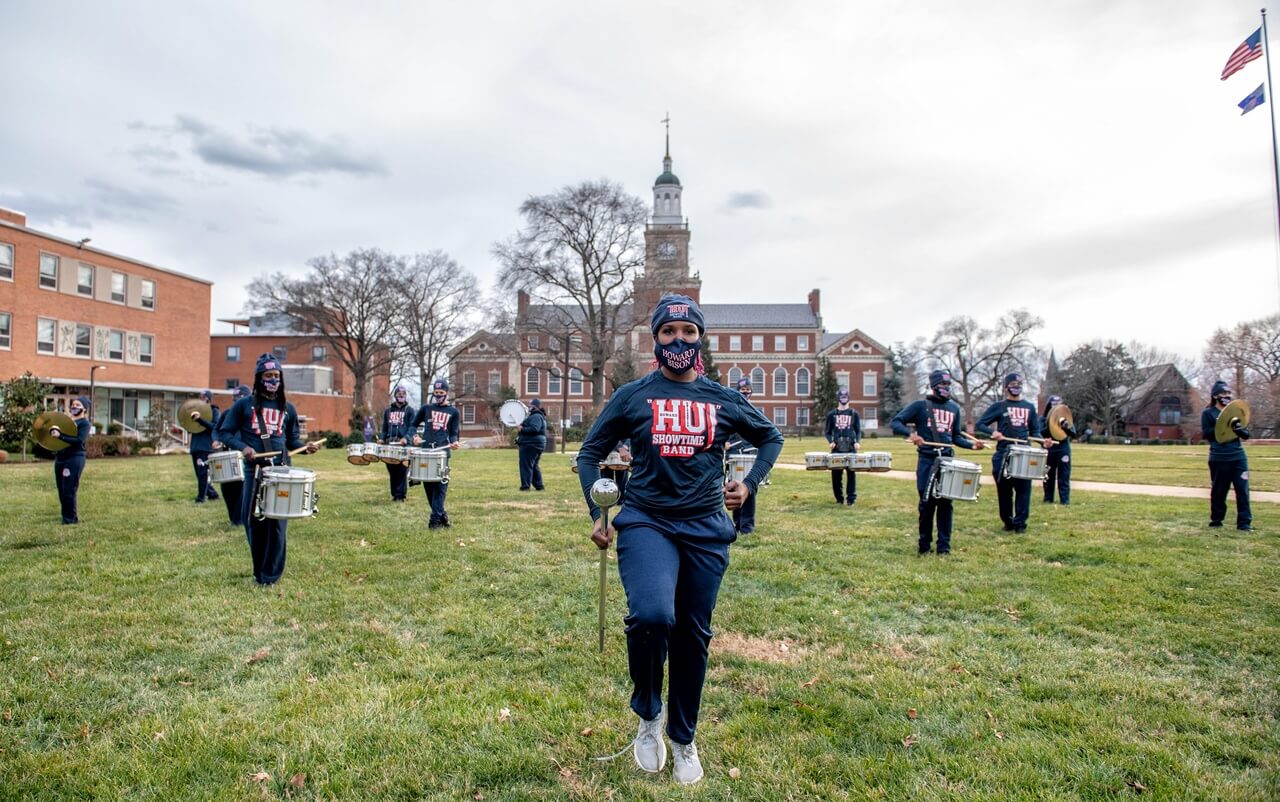 In a statement from Howard University President Wayne A. I. Frederick, “It is our esteemed honor to be involved in the historic inauguration of President-elect Joe Biden and Vice President-elect Kamala Harris.”

Frederick continues by praising the Vice President-elect “Throughout her career, the Vice President-elect has carried her Howard education with her, ensuring that she adhere to truth and service and inspiring her to achieve unprecedented levels of success. It is perfectly fitting that the Showtime Marching Band, the ensemble that captures and reverberates the heartbeat of our institution, should accompany her on this last leg of her journey to the White House. It was that steady pulse of her Alma Mater’s legacy that propelled her forward, and it is that rhythm that will carry her onward as she undoubtedly will become one of the most influential Vice Presidents in the history of our nation.”

For the historic occasion, the Showtime Marching Band has planned a special drum cadence that they will perform for the parade. For the parade, the band will include their drumline the Flashy Flag Squad along with their dancers, the Ooh La La dancers. This represents only one-third of their actual band due to safety precautions.

The event will be available to view via streaming on the Howard University homepage.