10 Black Inventors you Need to Know

Posted on: February 25, 2021 Posted by: Historically Black Since Comments: 0 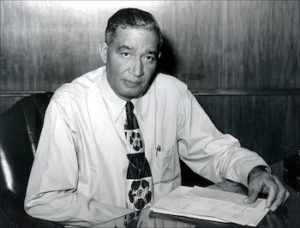 Inventors are essential pillars of both modern and traditional society. Without them, normal life wouldn’t be what it is today. With inventions such as the personal computer, such individuals have helped better the human race through their hard work over time. This post will highlight 10 black inventors you need to know. Read along!

After graduating top of his class at University of Tennessee, Dean worked for IBM where he co-invented the personal computer. He is also credited with inventing the technology that allows devices such as keyboards and printers to be connected to a computer. What’s even more astonishing is the fact that he holds three of IBM’s nine patents. Wow!

A Fisk University graduate, Boykin dedicated his life to making everyday electronic devices more efficient and affordable. Perhaps one of his greatest inventions is the pacemaker control unit. With Boykin’s technology, this device could be regulated more efficiently.

This right here is one of the greatest pillars in the field of long haul transportation. Jones invented a portable refrigeration unit for perishable goods. His technology became of great importance during world war II since it enabled transportation of blood and food to army hospitals.

With more than 60 patents, Woods is perhaps the greatest inventor in US soil. A self taught mechanical engineer, he mainly concentrated on street cars and trains. Woods is mostly remembered for the Synchronous Multiplex Railway Telegraph, a variation of the induction telegraph, which allowed trains to communicate with each other.

A Howard University alumnus, Bath was not only an inventor, but a leader in practically every aspect of her life. She is remembered for inventing laser cataract surgery, a great milestone in the field of medicine. Other than that, she was the first female member of the Jules Stein Eye Institute, and the first woman elected to honorary staff at the UCLA Medical Centre. Above are just samples of her many achievements.

Ever looked at traffic lights and wondered just who invented them? Well, the name of the inventor was Garret Morgan. He is also credited with inventing a variety of other useful products such as the smoke hood, which was the predecessor of the gas mask.

Elijah Mccoy, the inventor with 57 patents, is the most notable individual on our list. A canadian born inventor and engineer, he dedicated his work to trains, and is credited with inventing the lubrication cup for trains.

Have you ever thought what life would be like without automatic elevator doors? Having to wait for an operator to manually close the door? Well, Alexander Miles ensured that you won’t ever have to go through that ordeal. He is credited with inventing automatically opening and closing elevator doors, a great milestone in improving the safety of these appliances.

The super soaker water gun, a must-have toy for most kids, can be traced back to one Lonnie Johnson, a Tuskegee University alumnus. An engineer and an inventor, Johnson has worked for both the US air force and NASA, making him the most accomplished inventor on our list.

Thomas L. Jennings may well be the greatest inventor on our list. Why? He was the first black person in history to receive a patent, which he received for his method of dry cleaning. Jennings used the proceeds to get freedom for his family and dedicated the rest of his life to charity work