Posted on: February 13, 2021 Posted by: Historically Black Since Comments: 0 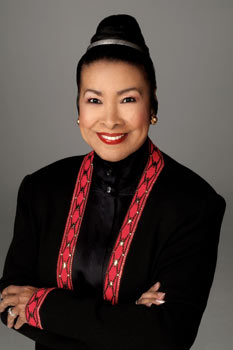 HBCU institutions have long been recognized as being important academic hubs that produce some of the most influential women in the American society. Since the establishment of these centers, they have gone on to grace us with essential women leaders that have advocated for the improvement of the community through hard work and input in various sectors. In this post, we are going to highlight 5 HBCU graduate women you should know and what they have done that makes them true icons in our society. Read along!

Dr Deborah A. Cole. A Tennessean HBCU graduate, is perhaps the strongest black woman in banking today. A member of the Alpha Kappa Alpha Sorority Inc, she is recognized as being the longest serving African American female president. As the incumbent president of Citizens Bank, headquartered in Nashville, she is credited with leading the bank to massive success, with assets increasing by 5.6% over 2016 alone. Quite impressive right?

Evelyn Small’s input to the Philadelphia community is nothing but inspiring. As the CEO of the only black owned bank in the city, United Bank of Philadelphia, she has led the institution to serve small businesses, churches, and customers around the city. With over 30 years worth of experience in the financial field, Evelyn is a true hero. Through her leadership, marginalized people have gotten the chance to succeed and be recognized by benefitting from exceptional financial services.

As the first black woman to build and own a billion dollar company, Janice Bryant’s story is just motivational. She started her company way back in 1978 with just $1500, which was partly a $900 loan from her mother, a fax machine, and a phone. The firm, ActOne, which specializes in providing employment solutions to fortune 500 organizations, has since grown to be a household name in the American corporate sector. What’s even more inspiring is the fact that she started the business after failing to get employment.

Xernona Clayton is arguably the most influential person in the American black community. As a civil rights leader, she has played major roles in ensuring black people are protected from discrimination. Take for instance her role in the Chicago Urban League where she worked undercover investigating employee discrimination. Her annual awards televised show ‘Trumpet Awards’ is distributed to over 185 countries. What’s more, she was integral in the formation of the International Civil Walk of Fame, an organization that seeks to recognize and honor the works of African American civil rights advocates.

The current president of Prairie A & M University, Ruth J. Simmons is a story full of nothing but pure motivation. Prior to her current position, she served as the 18th President of Brown University, where she earned the status of being the first black woman in history to lead an Ivy league institution. During her tenure at Brown university, she spear-headed several initiatives to the benefit of the institution. For instance, her ‘Plan for Academic Enrichment’ sought to revolutionize the centre by increasing financial aid for students, empowering faculties, and boosting diversity.