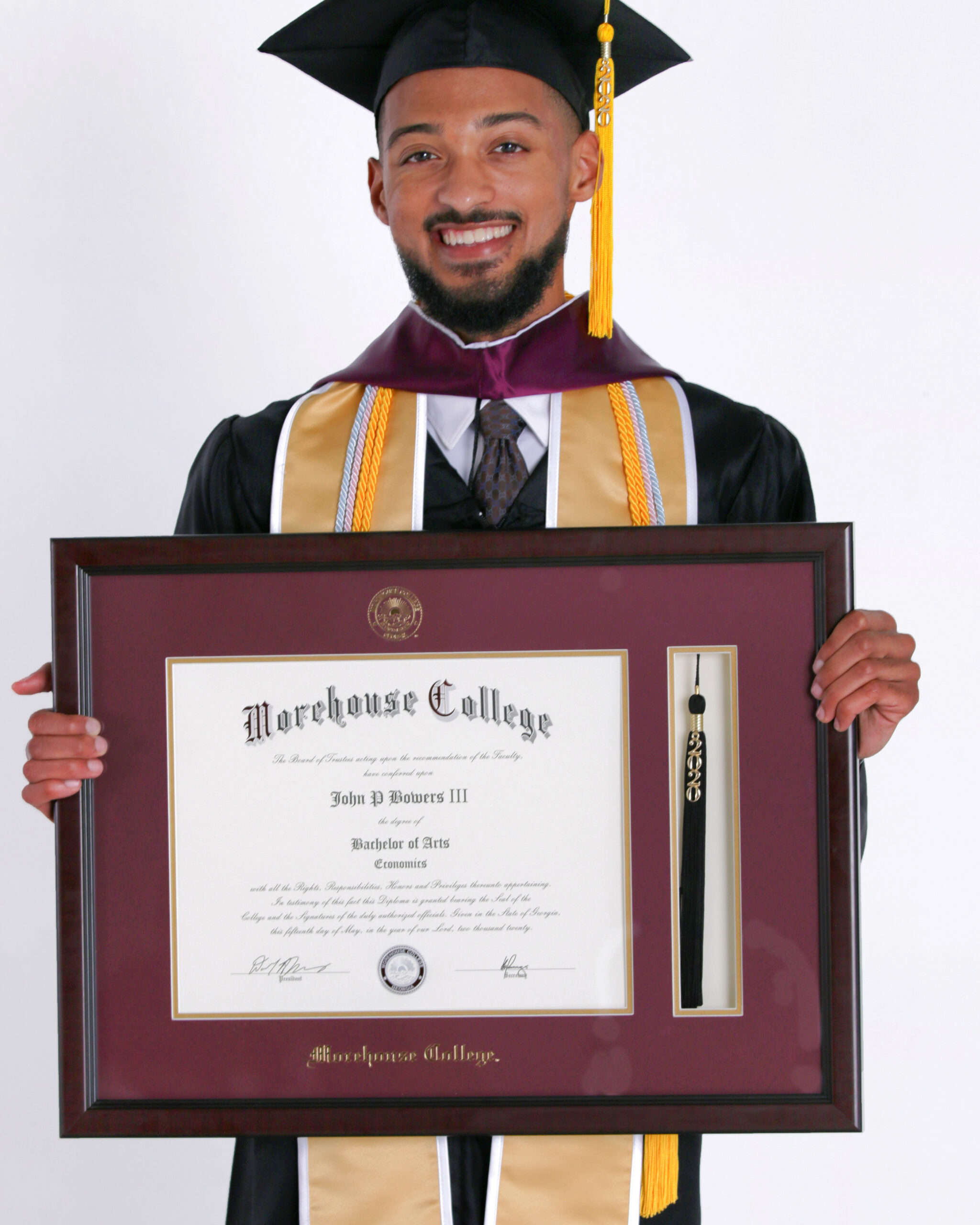 Founded in 1867, Morehouse College is known for producing black men of excellence out of Atlanta, Ga. We often hear graduates differentiate between the terms “Man of Morehouse” versus a “Morehouse Man” so we wanted to speak directly with graduates and get their take on what the Morehouse effect is all about.

What was your life like before attending Morehouse College?

The way my life felt and looked before Morehouse College was that of a young African American man in a predominately white area. This can make your mindset extremely small-scale, only to see your blackness in one form of representation. I was always highly involved in sports, band, and various student leadership positions throughout my elementary to high school years. However, my mindset before Morehouse College was very narrow in that the state of Texas was the epitome of life to me. This all changed when I attended Morehouse College and experienced Atlanta, Georgia, and other cities and countries. At the same time, I spent time in college—transforming that high-energy young man with a lack of knowledge of his blackness into a confident, global-minded Morehouse Man.

What inspired your decision to attend Morehouse ?

My mother, State Representative Rhetta Andrews Bowers, is also a Spelman Alumna. With this said from a young age, I knew about the Atlanta University Center and Morehouse College. However, my original thought was that I was going to attend the University of Texas at Austin. This sentiment changed when a Morehouse Man named Bryant X. Phelps came into my life and suggested I go to Morehouse several years after my mother first mentioned the institution to me in the 3rd grade. The realization came to me that I wanted to go to Morehouse after I attended Admitted Students Weekend in the spring of 2016. When I returned from that trip to Atlanta, I said I wanted to be SGA President at Morehouse College to show I had the leadership capacity to lead an entire institution. Instead of the alternative of being looked at as the leader of the minority students at a predominately white institution.

Are there other HBCU graduates in your family or are you first generation?

Yes, there are other HBCU graduates in my family as follows:

How did attending Morehouse College transform you into the man you are today ?

Morehouse College has molded me into the man I am today by instilling in me the school motto “et facta est lux.” This translates to, and there was light. The lessons learned here mold you to take on the dark or evil places in the world and be confident that you can bring upon change to every injustice. Along with the school’s mission statement being “The mission of Morehouse College is to develop men with disciplined minds who will lead lives of leadership and service.” This continually reminds me of my obligation to the service of the black community and to give back just as was given to me. This is essentially how Morehouse has molded me into the person I am today by letting the schools’ teachings and traditions reside within me and develop me on my path from being a man of Morehouse to becoming a Morehouse Man.

What were some of the most memorable moments of your HBCU experience?

Leave us with some words of advice for future Morehouse Men

Understand what your goal is, and don’t fall off the tracks because if you keep going for it, you’ll get there. Don’t let anything deter you, like the strenuous times or being isolated. You never know what benefits a Morehouse education will give you.