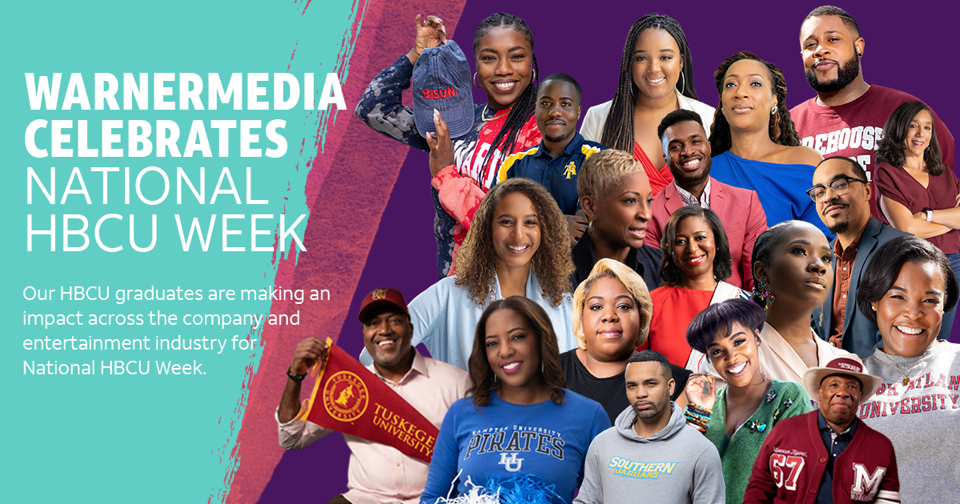 In celebration of National HBCU Week, WarnerMedia is saluting its Historically Black Colleges and Universities (HBCU) graduates and talent from across its portfolio of brands, including CNN, Cartoon Network, HBO Max, HLN, TNT, TBS, truTV, Turner Sports, WarnerMedia Studios, Warner Bros. Pictures, and Warner Bros. Television.
As part of its ongoing efforts to highlight the importance of HBCUs and the contributions their graduates have made to society and the news and entertainment industry-at-large, the Company launched today what will be an ongoing digital series of vignettes featuring prominent WarnerMedia HBCU graduates and the colleges and universities they represent.

The featured HBCU alumni will highlight the various roles in front of and behind the camera. Participants discuss how the unique culture and community at their respective alma maters have contributed to their success and career longevity. The overall series takes an in-depth look into how the themes of impact, purpose, relationships, recruitment, and community associated with HBCUs exist within the Company.