10 HBCU Photographers and Videographers You Need To Know

Posted on: August 16, 2020 Posted by: Historically Black Since Comments: 0 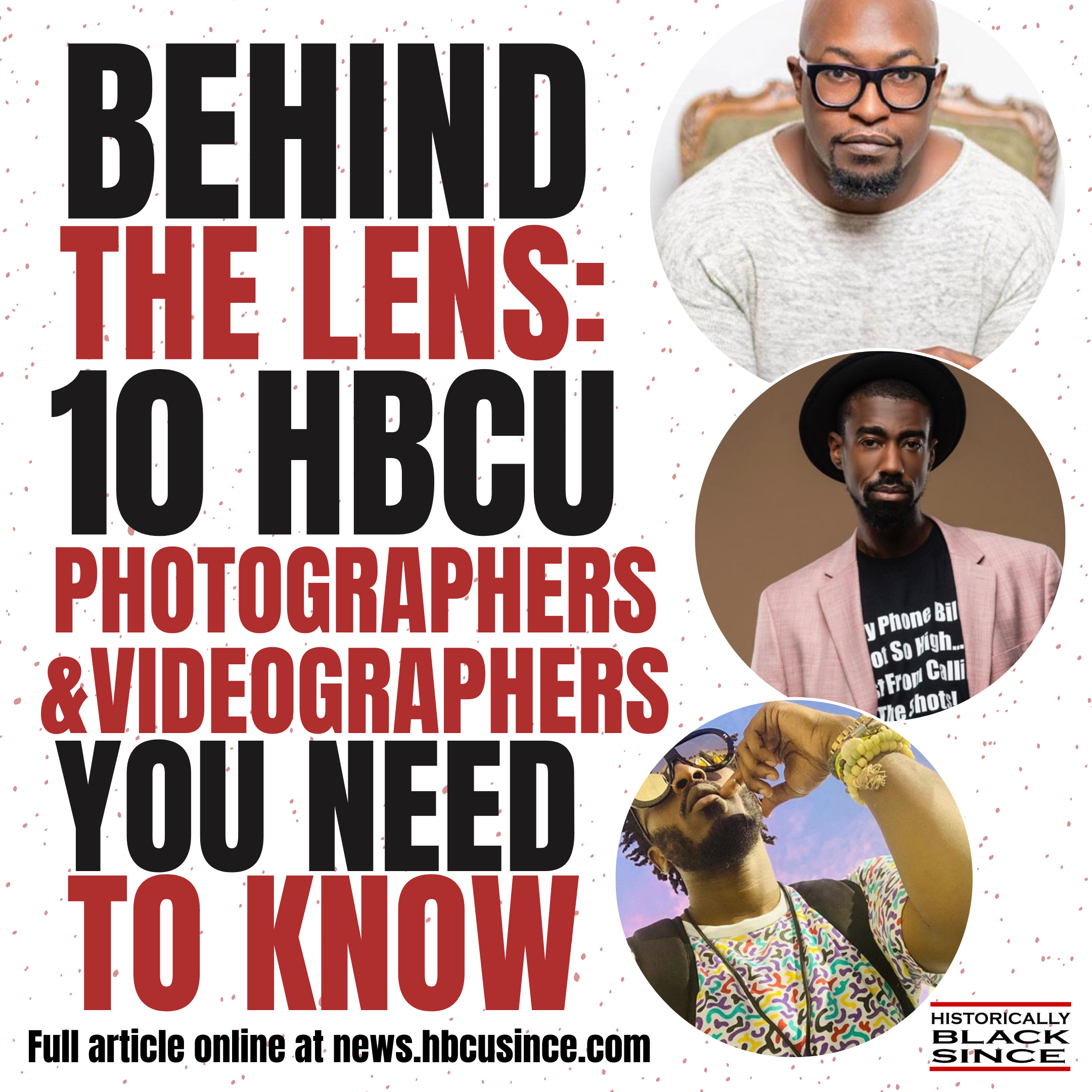 We have all seen the photos and videos, many of which have gone viral, of the 2020 graduates and prior. We’ve all seen the HBCU band and dance team videos that have graced social media and the internet as a whole. But, what many people don’t know and rarely ever get to meet are the faces behind the lens that make these  great photos and videos possible. Being a photographer and/or videographer is more than just picking up a camera and shooting. Making a photo or video come to life takes a lot of skill, creative eye and direction.

We recently started a social media segment highlighting various HBCU and Black Greek creatives and professionals you need to know. Today we present to you 10 Photographers and Videographers (in no particular order)

4. Demaridge – Khalid Demar of Demaridge is most known for covering the Alabama State University “Sensational Stingettes” over the past ten years. Demaridge Entertainment is a video content creator brand that specializes in weddings, dance reels, balls, engagements and more

6. Garrett E. – Garrett of DaEdge1 Productions is a photographer and cinematographer. He is also the media director for the Human Jukebox band of Southern University A&M College

7. Antoinne Duane Jones- Celebrity photographer Antoinne is a graduate of Fayetteville State University and member of Phi Beta Sigma Fraternity Inc. He has captured various models, entrepreneurs and celebrities such as Syleena Johnson, Ms. Quad from Married to Medicine, and Willie Moore Jr.

8. Suge Mike- This North Carolina based photographer and Omega Psi Phi Fraternity Member has captured students from various campuses within his area of reach.

9. Stove Top Visuals- Stove Top Visuals is a media company that has done a great job capturing  the essence of North Carolina A&T University through its photography and videographer. They also specialize in weddings and other events.

10. Rico Pleasant of Rico Images- Louisiana based photographer Rico Pleasant has captured many graduates and members of the Divine 9 community from the campus of Grambling State University.